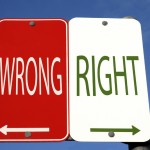 We’ve written before about the frightening number of ineffective lawyers in the immigration field. A study commenced by Robert A. Katzmann of the U.S. Court of Appeals for the Second Circuit, and published by the Cardozo School of Law, revealed that immigration judges believe that immigrants received “inadequate” legal assistance in 33 percent of the cases between mid-2010 and mid-2011 and “grossly inadequate” assistance in 14 percent of the cases.

The New York Times documented that “Judge Katzmann blames predatory lawyers who are not familiar with immigration law for much of the poor representation. The immigrants who hire them often do not speak English and are unfamiliar with the court system, making them particularly vulnerable.”

As an attorney who handles many appeals, I could not agree more.  Cases that are appealed are bound by the evidence and arguments presented to the lower court.  It is maddening to take a case on appeal, only to discover that the attorney in the lower court did not make the correct arguments, did not present the proper evidence, or simply did not prepare (or prepare the client) for court.

The widespread ineffective assistance has had a profound effect on the Second Circuit.  Beginning around 2006, the Second Circuit clearly became fed up with lawyers who were not properly arguing cases before the Court.   In dozens of written decisions, the Second Circuit openly criticized lawyers by name, referring many of them for disciplinary hearings.  One would expect that the Court would provide greater scrutiny to appeals in immigration cases to be sure that an order of removal was properly entered rather than being the product of poor legal representation.  Unfortunately, the opposite is true.

First, in 2007, the Second Circuit created a system for handling asylum appeals different than all other appeals.  The “non-argument calendar” provides that, unlike every other type of appeal, asylum cases would be “decided without oral argument unless the court orders otherwise.”  Second, the Court changed the way it handles briefing deadlines.  Judge Winter of the Second Circuit took over the sole duty of handling request for extensions of briefing schedules in asylum appeals, and routinely denies any request for extensions even those that are unopposed by the government and based on meritorious and extenuating circumstances.  I recently had such a request denied, despite the fact that the government consented to the extension and it was needed as a result of a death in my family.

Third, the Court has begun issuing summary dismissals of appeals in large numbers. The Second Circuit now consolidates many asylum cases into one and denies them en mass, with 19 to 30 dockets decided by a single summary order.  It has issued at least eight such summary orders in 2011.  Disturbingly, the summary orders have been limited to just asylum cases and just one ethnic-group: Chinese nationals.  An example of such a denial can be found here.  I am not saying that any of the cases decided in this manner had merit or that the outcome should have been different, but the Second Circuit delegitimizes its own authority by leaving the perception that it is singling out one type of case (asylum cases) and one ethnic group (Chinese nationals) for disparate and unequal treatment. It is no surprise that on the Chinese New Year in January, 2012, there were protests outside of the courthouse in downtown Manhattan.

The polices have caused the number of “grants” (i.e., wins by the immigrant) to plummet. A review of published decisions show that as recently as 2006, the Second Circuit granted 22.6% of appeals by immigrants in asylum cases.  Since then, it has stepped up the rate of denials, and is tied for last among all circuit courts in the United States for 2010, granting only 4.9% of appeals in that year (compared to a 21% grant rate in the Seventh Circuit, 15.9% in the Ninth, 13.5% in the Fifth, and 10.7% in the Third).

Disturbingly, given the Second Circuit’s (understandable) willingness to be critical of the performance of many immigration lawyers, one would expect the Court to at least be more receptive to cases where the immigrant alleges that their order of removal was entered as a result of ineffective assistance of counsel.  Yet a review of the Second Circuit’s cases where the immigrant presents such an argument (known as a “Lozada” motion) confirms that in the past four years, the Court has granted just two cases of approximately 90.

It is a sad state of affairs that the Second Circuit’s frustration with ineffective lawyers has resulted in less protections for immigrants who are harmed.  Hopefully, the Second Circuit will take a deep breath and review its handling of these cases.  It should not be sacrificing justice in the name of expediency or a desire to clear its docket.