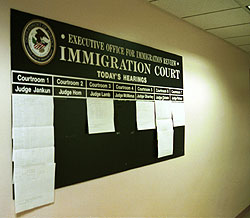 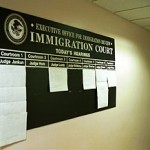 Where legislation fails, there is always policy.  Or at least that’s the Obama administration’s latest approach.  On August 18, 2011, the Obama Administration announced that the Department of Homeland Security (DHS) and Department of Justice (DOJ) will work together on a new initiative to focus their resources on the enforcement of “high priority” immigration cases, while clearing “low priority” cases from the administrative docket.   In the past few days, we’ve received many calls asking about this policy.  We’ll try to provide some insight:

The stated purpose of the new policy is to alleviate the overburdened immigration courts docket load and to focus ICE’s limited resources on “high priority” cases.   Currently, it can take anywhere from one to four years or more for a case to be resolved in immigration court because of the massive numbers of people put into proceedings.

High priority cases involve people who are found by ICE to pose a threat to public safety or national security, people convicted of crimes, suspected terrorists or repeat immigration violators.  The attorneys for ICE who handle cases before the courts, known as Trial Attorneys, will be given “prosecutorial discretion,” on a case by case basis, to stop removal proceedings for “low priority” cases, which are those that involve immigrants who have no criminal history, demonstrate “good moral character,” and have significant ties to the United States- with a particular focus on children, the elderly and the sick.

–What happens if I fall into the category of  a “low priority” case?

If an immigrant falls within the stated criteria, they can submit a written request to the ICE Trial Attorney asking for termination of their removal case.  The written request must include documentation to demonstrate how the person fits into the criteria (for example, proof of ties to the U.S., such as U.S. citizen family members).  If the Trial Attorney agrees, the case will be terminated and the immigrant will be given work authorization.

–Is this a new type of visa, and does it give people legal status?

No and no.  Unfortunately, a person who receives the benefit of “prosecutorial discretion” is only given a temporary respite and remains subject to the whims of ICE.  A beneficiary of the policy can be placed back in removal proceedings at any time.  A major advantage, however, is that the person may be able to seek legal status through other means while benefiting from the policy.

As a policy tool, it is a (baby) step forward.  It can potentially benefit many people, and hopefully, afford them time to legalize their status or at least wait and see if Congress ever acts to provide real reform.  If the purpose of this policy is uniformity and efficiency, it is a welcomed idea. The sliding scale of enforcement priority is practical and fair, and will certainly benefit many immigrants who are productive members of society.

However, the policy is more a mandate for the DHS to clear out the onerous backlog of immigration cases than an olive branch to the immigrant community.  It is important to remember that “prosecutorial discretion” is the immigration authority’s unfettered choice whether or not to deport a person.  The guidelines are just that: guidelines, and no matter where a person may fall on the priority scale, nothing is binding. The ultimate decision lies with immigration authorities.  Thus, any notion that it is some sort of “amnesty” is inaccurate; it provides for no new rights, no new relief, and of course no judicial review of an agency decision under the policy.

Further, the policy is limited to those without any criminal convictions and does not give the ICE attorneys the authority to consider the underlying circumstances/gravity that led to a conviction.  One of the areas in need of the most reform is the insane consequences of criminal convictions.  Any immigrant – even those who are long-time lawful permanent residents – with a conviction can face removal.  Even those with convictions from decades ago, with extremely minor convictions, such as turnstile jumping, marijuana possession, and other non-violent offenses can lose everything.  And this policy does nothing to remedy that – in fact, it seems to exacerbate the problem.  It instructs ICE to focus its resources on all people “convicted of crimes,” without regard to any mitigating circumstances.

In other words, this policy is not a replacement for substantive reform.  It is merely a limited stopgap for some.  Although a  step in the right direction, unequal application of the policy is inevitable, and the need for concrete legislation  remains.