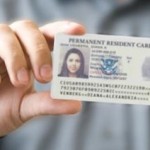 We’ve been fielding calls over the past two days about the new proposal by the Obama administration relating to waivers of unlawful presence for people applying for lawful permanent residency.  The issue is pretty complex, but we’ll try to give a bit of insight into what the proposal is all about.  (as a caution, this primer is very general and omits a lot of details for the sake of simplicity and coherence).

Adjustment of status vs. consular processing

Generally speaking, a person who enters on a visa but overstays does not need to depart the United States to get lawful permanent residency (a green-card) if a U.S. citizen “immediate family member” (spouse, parent, or child over the age of 21) petitions for them.  This is considered adjustment of status from within the U.S.

However, a person who enters without inspection cannot get legal status from within the United States – even if a U.S. citizen immediate family member is petitioning for them.  The same is true for people who overstay a visa, but are eligible to adjust their status on another ground besides an immediate family member petition, such as those who are seeking lawful permanent residency based upon an employment-based petition or non-immediate family member such as a sibling.  Under this circumstance, the person must depart the U.S. and process from overseas – known as consular processing.  This creates a catch-22 in that a person must depart the U.S. to be eligible for lawful permanent residency, but upon departing, they become ineligible for a period of time due to the departure bar.

Waiver of the departure bar

The departure bar can be waived for people who are the spouse, parent, or child of a U.S. citizen or lawful permanent resident if it can be shown that the U.S. citizen/LPR relative would suffer extreme hardship if the intending immigrant were not permitted to enter.  Unfortunately, under current rules, the intending immigrant does not know whether the waiver will be approved until after they depart and file for the waiver.  Thus, the rule serves to discourage otherwise eligible people from leaving the U.S. and applying for their lawful status, because they fear that the waiver would be denied, and they would be stranded away from their family for three or ten years (or more).

The proposed rule by the Obama administration seeks to create a procedure that would allow people to apply for a waiver of the bar prior to leaving the U.S.  Consequently, they would know, prior to being subjected to the bar, whether their application will be approved.  It would thus serve as an incentive for people to attempt to legalize their status, thus reducing the number of people without legal status.

However, the proposed rule is just that – proposed.  It is a basic certainty that there will be no action taken on the proposal until after the election.  Many things can change or be altered during the “notice and comment” period required for proposed Federal Regulations.  Thus, people should know that there is no knew “law” or “right” and be cautious before applying for anything prior to being sure that you are eligible for it.   The administrations proposal can be found by following this link.

All of this sounds insanely complex and arcane, simply because it is.  It is also unnecessary.

Prior to April 30, 2001, a much simpler law existed – section 245(i) of the Immigration & Nationality Act.  245(i) permitted people who had entered without inspection or overstayed a visa to pay a penalty of $1,000 with their lawful permanent residency application to waive the unlawful entry or visa overstay. No showing of extreme hardship to an immediate relative was required, nor was the person required to depart the U.S. and consular process.  The waiver was automatic upon payment of the penalty fee.

Section 245(i) was not an “amnesty.”  A person using 245(i) was required to be “otherwise eligible” for adjustment of status – meaning that they had a family or employment-based petition approved and would be eligible for LPR status but for the unlawful entry or visa overstay.  245(i) had bipartisan support and was reauthorized by successive presidents, both Republican and Democratic.  Unfortunately, in April 2001, George W. Bush and Congress allowed the law to lapse.

If Congress and the current Administration brought back 245(i), it would go a long way to solving many of the problems plaguing immigrants, their families, employers, and the country’s immigration policy in general.  It would provide an avenue to legal status for hundreds of thousands, if not millions, of immigrants currently stuck in legal limbo.  The government would receive tens of millions of dollars in filing fees, families would be able to remain unified, and employers could hire the talent they need.  I am not in any way hopeful that this issue will be taken up now, but after the election, let’s hope that common sense can make its way into the halls of Washington.